How do you have a session with a medium? First, find one through recommendations, psychic fairs, spiritualist 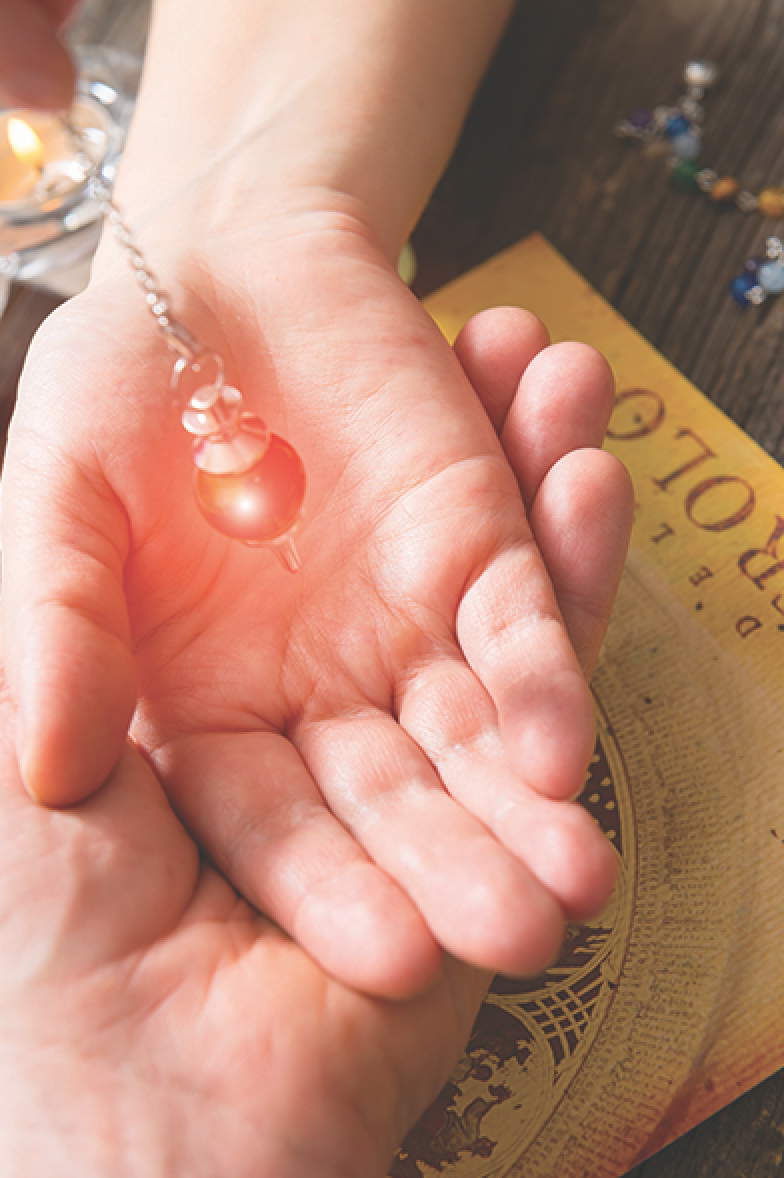 churches or group circles. See who resonates with you.

At your appointment do not be overanxious to talk about the person you want to contact. Don’t give it all away (I want to contact my husband, Fred. He died three years ago of throat cancer. Then father died suddenly in October of a heart attack. I really want to hear from them. Are they all right?). How can they prove they contacted your family members if you just gave all the details? Please let the medium do the work. They will describe physical characteristics, illnesses, occupations, hobbies, and sometimes a name or nickname.

More than one spirit may come through. They are not alone; they are with family and friends. Have patience; the medium can get the person you want. Sometimes a more dominant personality comes through first. A good medium will get in touch with the person you desire.

What are they doing on the other side? Often they say they are in school. No escaping that—plus there is no tuition! They review their life and feel the pain they have inflicted on others. Don’t worry; in spirit your loved one is not in pain no matter how traumatic their death was. Even in a horrific accident, a spirit has gone numb on impact.

Often family members can’t deal with discarding the possessions of parents and grandparents. In spirit they are detached from it, so you should be too. You know the old saying, “You can’t take it with you.” They do not want you to go broke trying to save your grandparents’ home.

Stop feeling guilty. It is common for people to feel that they did not do enough. If the doctors could not save them, then how were you supposed to? Also, if you were not there to witness their moment of passing, it does not make you less of a person in their eyes, so why does it in yours? Having an argument with your mother right before her death does not mean she died not loving you. You both had that same fight for decades. She loves you unconditionally since the day you were born and will continue to do so in her eternity. Stop the tears. She loves you; she still loves you. A session with a reputable medium can bring closure to these painful issues.

The history of mediumship is quite fascinating. Connecting with ancestors is an accepted cultural practice throughout the world. Candles and alters honoring them is common in many different traditions. Literature has also recognized spirit communication, such as Shakespeare’s Hamlet, whose dead father spoke to him to avenge his death. Every year, we celebrate Charles Dickens’ A Christmas Carol, where Scrooge is visited by the ghost of Jacob Marley, his former business associate, who warns him of things to come if he does not open his heart to love instead of greed.

The birth of American Spiritualism was in the 1850s in upstate New York. The teenage Fox sisters claimed to have spirit communication from knocking sounds emanating from their home.  It was investigated and journalists and philosophers popularized it, thus becoming the Spiritualism movement. This was after the mass causalities of the Civil War when so many Americans were still grieving. What better healing of grief than to communicate with spirit and validate that there is life after death?

Did you know that Susan B. Anthony wrote that Spiritualism was “the first religious sect to recognize women’s equality”? The trance mediums of the 1850s were the first women to be ordained as ministers. They also lectured and demonstrated their mediumship onstage by themselves. At that time, men had to accompany a woman onstage. Mediums were very popular and toured like rock stars. They led reforms in marriage, children’s rights and labor laws. These intuitive women that connected the dead with the living not only inspired the leaders of the women’s suffrage movement but were supported by them as well. Anthony, as well as other feminist leaders, spoke at the Lily Dale Assembly, the headquarters of Spiritualism, many times to huge crowds. The birth of Spiritualism was deeply intertwined with the women’s suffrage movement. This is well documented in the book Radical Spirits, by Ann Braude.

The acceptance of connecting to spirit comes in waves. A few decades ago, it was a taboo and unbelievable subject, with churches condemning the practice as evil. Now mediums are cultural icons with their own television shows. Is it your time to connect with spirit?

Joan Carra is a medium for more than years. She grew up in Long Island, NY, and is introducing her work there. She reads privately as well as in group sessions. Her work is recognized by seven books, magazines and newspapers. To connect with her, email [email protected]. For more information, visit PsychicJoanCarra.net.