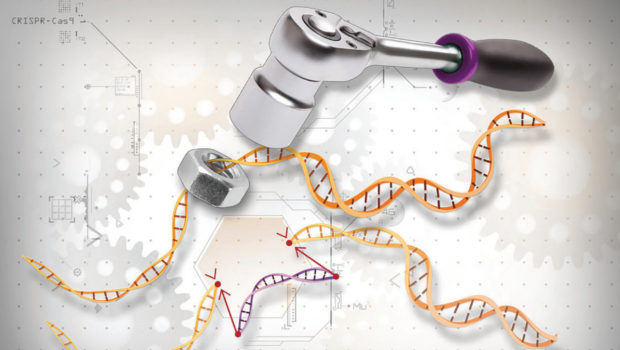 By now, you might have heard about CRISPR, a simple yet powerful technology scientists claim can precisely and permanently make specific changes to the DNA of humans, plants and animals. At barely 6 years old, this technology, researchers say, can delete or modify the genes that cause genetic diseases.

The name CRISPR stands for Clustered Regularly Interspaced Short Palindromic Repeats and refers to regular intervals of clustered DNA sequences found in the genome of a living organism. RNA and DNA are nucleic acids, and along with lipids, proteins and carbohydrates, constitute the four major macromolecules essential for all known forms of life. Like DNA, RNA is assembled as a chain of nucleotides, but unlike DNA, it is more often found in nature as a single strand folded onto itself, rather than a paired double strand.

How will CRISPR change dentistry?

As things advance with this exciting technology, the CRISPR-Cas9 system will ultimately be able to identify the causative genes in many oral pathologies and disorders, including early childhood dental caries. Research to date suggests that there is an association between the distribution of CRISPR sites and the clinical manifestations of caries; this gene-editing technology will help in prevent- ing caries well before they are visible.

CRISPR will also help to identify genes that suppress the tumor-promoting properties of the genes that cause oral cancer. Gene-editing technology with its ability to identify, delete or replace genes can improve the prognosis of squamous cell carcinoma of the oral cavity that arises due to viral and bacterial factors.

CRISPR technology has opened a world of endless possibilities for the diagnosis and treatment of all genetic diseases. Dentistry will be impacted, and the way we maintain oral wellness could be changed forever. At Cariodontal, their goal is to improve your oral and overall health and prevent disease. Their approach to dental wellness gives them the ability to identify issues before they progress into serious conditions. They seek out cutting-edge technology, such as CRISPR, so that they can continue to deliver on their goal and stay up to date with what is emerging in the field of dentistry.