When I was 10 years old in 1969 a lot of awesome things happened. The New York Mets won theWorld Series for the first time; Neil Armstrong and Buzz Aldrin landed on the moon; the Beatles released their masterpiece 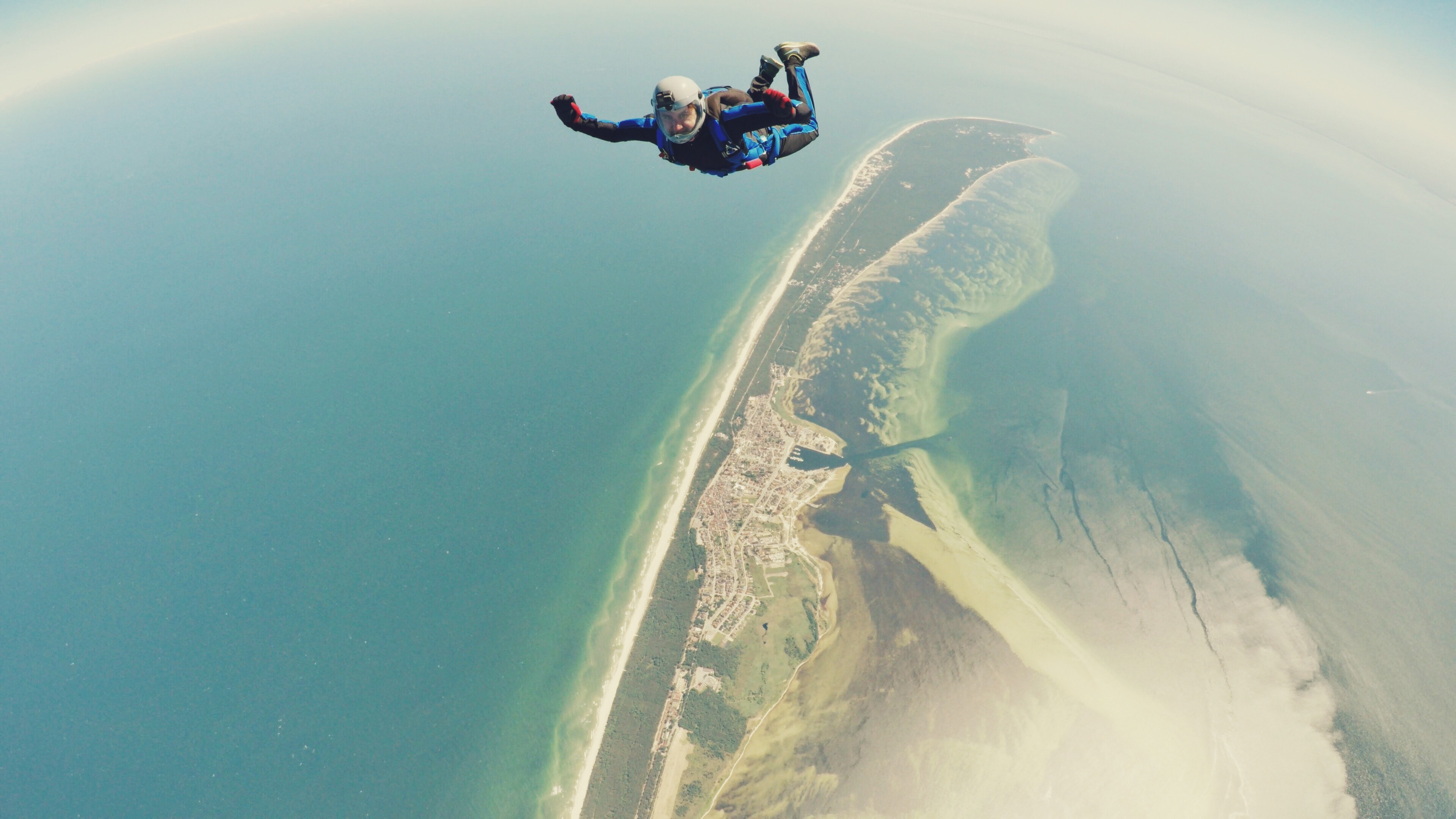 Abbey Road; more than half a million young people celebrated music, peace (and mud) on Yasgur’s Farm at Woodstock; Sesame Street premiered; and last but not least, my youngest brother, Kevin, was born! And while I am very thankful to have vivid recollections of being 10 in 1969, it reinforced something else: I just turned 60!

I never had a problem with turning 50 or any other age, frankly. Probably because I was fully engaged in a demanding career, commuting four hours a day and helping raise a family. But 60 was a different story and a milestone I was not looking forward to.

I think I can hear the clichés already: “Hey, it’s just a number; embrace it.” Baloney. I think many of us that have reached this life phase share some common experiences that are not exactly embraceable. For example:

I’m now at 1.75 on my readers and basically cannot even see or eat my food without them, which also means the font on my phone is embarrassingly ginormous!

The neck. It just doesn’t turn anymore—seriously. Backing out a car from a parking space has become a painful adventure.

The first career, wonderful though it was, is over. And I think many people in my age range would agree that ageism is alive and well in corporate America. I cannot count the times I’ve been told by a recruiter that a role I’ve applied for is “too junior for someone with my experience.” Finding the chapter two career has been a frustrating series of starts and stops.

And let’s not even discuss the hair situation.

But enough of the whining. As Red Redding (aka Morgan Freeman) said in The Shawshank Redemption, we all have a choice: “Get busy living or get busy dying.” I selected the former, and after bemoaning this approaching birthday for all the above reasons for a few weeks (okay, months!), I decided to embrace turning 60 by metaphorically and literally leaping into this new decade of life by jumping out of an airplane from 13,000 feet above Long Island! Spoiler alert: Since you are reading this, all obviously turned out well. But let’s just say my wife was not pleased, which is why my 28-year-old son, Danny, and I didn’t tell her about it until we ran out the door on the morning of September 8 to drive to Skydive Long Island, in Shirley, for our 9 a.m. reservation.

Trying skydiving is something I’ve flirted with occasionally. The first time was in my mid-20s when I was an unmarried, part-time editorial assistant at Newsday (i.e., I had nothing to lose!). I approached an editor with the idea of writing a first-person account, to which he replied, “I’ve been waiting a long time for someone stupid enough to try that.” But for reasons that now escape my memory (another 60th birthday gift!), I never followed through. The next time was when I was turning 50, but the weather was bad that day. I had also made the mistake of telling my wife about it too far in advance. Sanity and her will prevailed, and I was frankly okay with that.

My son had purchased this adventure for my pending birthday and had told me about it in the spring. I gave him strict instructions not to tell his mom, and conveniently compartmentalized any concerns I had about it until September approached. There was no conversation between us on our 30-minute drive from Westhampton to the skydiving facility on the morning of our jump, just the sound of the car radio. Our pensive moods finally broke as we turned into the tiny airport and suddenly heard the opening riffs of Van Halen’s version of You Really Got Me blasting from my Sirius station. We air-guitared as we parked. We were ready.

My son checked us in, telling the woman at the desk it was my birthday, who replied, “And so you decided to throw him out a plane for it, eh? Great.” After checking in, we were first sent to a room full of iPads and fellow thrill seekers. The iPads were for us to sign the extensive legal waivers that would, in layman’s terms, essentially acknowledge that we were participating in an extremely dangerous, life-threatening activity and that if we die doing it, it’s all on us. And that’s when my worry wheels started turning. What if we did go splat? I wouldn’t feel it, but would my wife even be able to collect my life insurance? My son is only 28 and has an amazing life ahead of him. Yes, people do this safely every day, but is it worth the risk?

After hesitantly signing the document, I sat next to my son in the waiting room. In front of us a monitor played a loop reel of a guy with a white beard down to his chest, who looked like he was auditioning for ZZ Top, telling us how incredibly dangerous skydiving is but to have a great time and be sure to smile for the camera! I asked Danny if he still wanted to go through with it. Without hesitation he said, “Let’s do this dad.” At that moment, the nitpick issues of growing older fell into an entirely new context for me in the face of jumping out of a plane. I thought to myself:

“Yes, your body is getting older, but you are lucky enough to be alive and have the opportunity to exercise and live healthily.”

“Yes, the first career has ended, but it was awesome. Be thankful for it, and you have the capacity to find your next path if you move forward without fear of failure.”

“You have an amazing wife and life partner. Together you survived your challenges, have built a great life together over 33 years, and hopefully still have a long road ahead together filled with adventures.”

“You accomplished your mission of supporting and educating your kids, and they are doing great and are actually out of the house!”

In other words, appreciate your life and what you have. Stop sweating the relatively small stuff. And if you are going to jump, jump forward.

Minutes later, my son and I approached our idling red and white airplane with our instructors. My wife, two daughters and son-in-law had just arrived and were standing outside the airport fence and waved as we walked toward the plane. By the way, calling this thing an airplane is an insult to airplanes. Tiny. Loud. No seats. We were shoehorned inside and crouched inside our jump harnesses. I thought to myself, “Please don’t let me get a leg cramp now!”

Seconds later, we were airborne and on our climb. Danny sat in front facing forward, and again there was no conversation. The only sound was the engine and our instructors occasionally videoing and checking in on us and asking for a thumbs up sign. Long Island quickly fell far below. My instructor, Raj, told me to turn around and back into his lap to connect our harnesses for our tandem, and joked, “Don’t worry, I’ll remember to hook you in.” Ha.

The next minutes were an adrenalin-fueled blur. We reached our jump altitude, but since I faced the rear of the plane and my neck doesn’t work anymore, I had no idea what was happening with Danny. Then Raj asked me to slide to the door side. Danny’s instructor opened the hatch and then, silently, they were just gone. Raj instructed me to push backward with him toward the door and swing my legs outside, reminding me to bend my body like a banana when we jump. Okay, a 60-year-old banana! I got this. A push from Raj behind me into the rushing air and we were out and flying!

Raj flipped us twice (he says!) and then tapped my shoulder; a signal to stretch my arms out wide. We free fell for 30 seconds, and I just instinctively started singing the chorus to Tom Petty’s Free Fallin’ at the top of my lungs. I have no idea if Raj heard me. It was exhilarating fun, and I never doubted our chute would open. When it did, Raj gave me a thumbs up and said a whole bunch of things as we gradually descended. I remember none of it, other than him pointing to Danny’s red parachute safely opened as he floated far below us. We made big, looping turns on the way down, and then softly came to a landing.

There were high fives and hugs with Raj, Danny and my awaiting family. My wife was still not overly pleased with our little scheme but thankful we were fine. Skydiving was an amazing, life-affirming experience. My son and I keep texting each other saying, “I can’t believe we did that!” It was an incredible way to start my sixth decade of life. If you can jump out of a plane at 60, the sky is the limit. So, here’s to always jumping forward. For now, I will stick to doing it metaphorically, but you never know—check in with me when I turn 70!

Dan Martinsen is a former senior communications media executive who is now jumping into his new role as a real estate agent at Compass, in New York City.