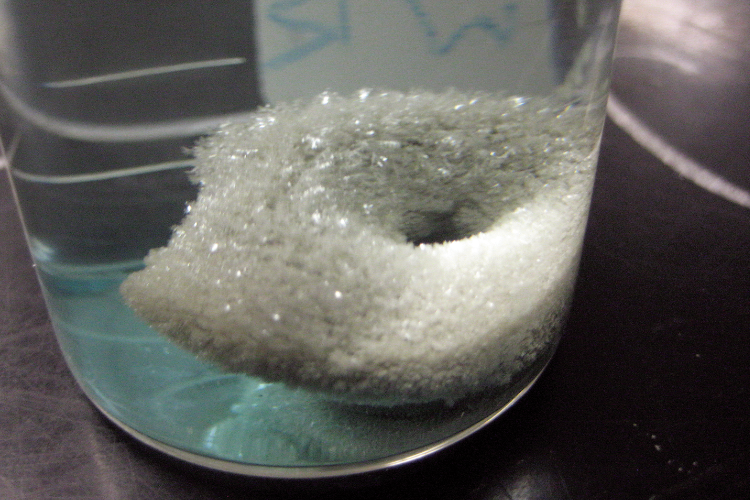 treatments obsolete. There’s long been a big push to promote better dental health through fluoridation and telling people to eat less sugary foods. Despite those efforts, tooth decay remains a major public health issue. In fact, it’s the most common chronic childhood disease, and 90 percent of all adults have cavities!

As many of us know, traditional treatments can often be painful, but a new pain-free, low-cost dental treatment could help. According to a PBS (Public Broadcasting Service) investigative report, the use of silver nitrate—a liquid antimicrobial medical treatment— has led to some big changes in the way some tooth decay is being treated.

Dr. Frank Mendoza, a pediatric dentist on the Warm Springs Indian Reservation in Central Oregon, began using silver nitrate in 2013. “In 35 years,” he says, “I have not seen anything that works as well.” Silver has been recorded in history for its medicinal use for millennia. Herodotus, the Father of History, accounts that no Persian king, including Cirrus, would drink water that was not transported in silver containers, which kept the water fresh for years.

The silver kills bacteria and stops new bacteria from growing. The fluoride re-mineralizes, or hardens, what’s left. That hardened material can then be used to bond or stick to that filling. The treatment is for cavities that haven’t reached the pulp of the tooth. The silver treatment when used before deep decay has helped stop further aggressive decay. In many instances, this keeps patients from having to undergo more invasive dental and surgical procedures.

A Better Form of Preventive Dentistry

The formula called silver diammine fluoride (SDF) was cleared by the Food and Drug Administration last year for reducing sensitivities in teeth, but its so-called off-label use for stopping cavities is now its main use. One of those on the front lines of SDF research is Dr. Jeremy Horst, a pediatric dentist and a post-doc fellow at the University of California, San Francisco (UCSF). He and his colleagues are studying the structural and chemical changes in teeth before and after they have been treated with silver products.

“We completed a short-term study,” says Horst, “which blew our minds. It didn’t look like the bacteria changed very much at all. There were just dramatically less of them. So, it decreased the infection dramatically.”

UCSF is teaching both pediatric and general dentistry students about SDF, but it’s not universally taught or practiced around the country yet. Later this year, the American Dental Association plans to release a clinical practice guideline on all nonsurgical approaches to cavities, including SDF.