Big and Small, They Need Our Help 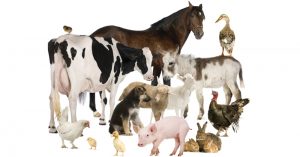 Every creature in the animal kingdom has an essential purpose, yet through human interference, animal life overall has become so imbalanced as to signal a tipping point for Earth. Extreme care for the rapidly growing population of a relative handful of pet breeds stands in stark contrast to trending extinction of dozens of other species. Fortunately, in addition to the efforts of dedicated volunteers, conservationists and supportive lawmakers, every one of us can make a real difference.

Zack Skow started by volunteering with a nearby dog rescue organization. He became director, and then in 2009 founded his own nonprofit, Marley’s Mutts (MarleysMutts.org), in Tehachapi, California, pulling many kinds of dogs out of Los Angeles shelters. “A lot of rescues are breed-specific; I think mutts deserve an equal chance,” says Skow, now the executive director. “Small dogs get adopted faster, so we get the larger mixes, including pit bulls and Rottweilers.”

Currently, the facility continues to expand its services, working with pet foster homes; providing medical care for severely abused animals in need of rehabilitation and socialization; and managing visits to prisons, mental health facilities and schools. “We take in who we can help. To see a dog triumph over tremendous odds gives people hope,” says Skow. Recently, volunteers pulled 70 dogs from Los Angeles shelters, fostered them for a month and then transported them east to adoption facilities where conditions were less crowded.

“Pets are considered property, and until that changes, it’s harder to make a difference. Farm animals have no rights at all. Animals are sentient beings with rights commensurate with the ability to feel pain and even be valued members of the family. They deserve far more than a property classification.”
~Diane Sullivan, assistant dean and professor, Massachusetts School of Law

Spay/neuter is the best solution to pet overpopulation, says Ruth Steinberger, national founder of Spay First, headquartered in Oklahoma City (SpayFirst.org). From 20 years of experience, she explains that in locations and situations in which surgery is impractical, “We’ve had great results using calcium chloride in ethyl alcohol, done under sedation. A slow infusion into the pet’s testicles causes them to atrophy. It’s less invasive, with a lower chance of infection and less pain, and reduces testosterone. For feral cat populations where traps haven’t worked, megestrol acetate, derived from progesterone, added to food acts as birth control to slow or stop colony growth.”

Treatment of laboratory animals has also improved. “There have been three significant changes since 1984,” says Cathy Liss, president of the nonprofit Animal Welfare Institute, in Washington, D.C., founded in 1951 (awionline.org). “General housing conditions are better, the number of government-owned chimpanzees has decreased and laboratories no longer obtain dogs and cats from random sources, so no stolen pets end up in labs.”

She reports that animals now are subject to only one experiment, retired for adoption instead of being euthanized, and furnished with natural living conditions on-site—vertical space, an enriched environment with mental and physical stimulation, interaction with other animals and appropriate food and bedding. “Most lab animals are rats and mice,” says Liss. “Any animal has the capacity to suffer. It’s up to us to treat them humanely.”

(FarmSanctuary.org) and author of Farm Sanctuary: Changing Hearts and Minds About Animals and Food. “People are distanced from food sources. Once you learn that sheep love to be petted and pigs like belly rubs, you know an animal as an individual. The best way to help is to share information, farm animal videos and plant-based recipes, so people can see that going meatless is about far more than just eating produce.”

An Oregon Supreme Court landmark ruling of August 2014 states that an animal can be seen as a legal victim, which gives them more rights and protection from abuse.

Musician Sir Paul McCartney, author of The Meat Free Monday Cookbook, took the message to schools in 2012. Now students around the world participate in meat-free lunch programs. The adult initiative of going meatless for one or more days extends to 35 countries on six continents.

Pigs, cows, horses, peacocks and an alpaca live in harmony at local nonprofit Cracker Box Palace Farm Animal Haven, in Alton, New York (CrackerBoxPalace.org), which spurs recovery from illness, neglect or abuse. “People get animals without doing research on their care or habits. That’s how we got the peacocks—they have a bloodcurdling scream,” says Farm Manager Cheri Roloson, who rents out their goats as nature’s landscapers to clear brush.

Mistreated animals also provide therapy for returning military veterans and abused children at Ranch Hand Rescue, in Argyle, Texas (RanchHandRescue.org). Kids find it easier to talk about their experiences with an animal that has also endured cruel treatment, like Spirit, a horse that received precedent-setting surgery to repair a leg that had improperly healed after being broken by a baseball bat.

Conscious chicken farms, too, are making an impact. “Chickens can be well-treated and have a healthy, decent life,” says Jason Urena, marketing manager with NestFresh, which operates 20 small farms and five processing plants, concentrated in Colorado, Iowa, Illinois, Wisconsin and Texas to reduce its carbon footprint (NestFresh.com).

He explains that in the process for certification, feed is inspected at every step, from planting seed (usually corn or soy) to storage in silos and mill grinding, to allow traceability for potential problems and avoid cross-contamination.

What You Can Do
• Volunteer to walk a dog, foster a cat, make phone calls or help with shelter paperwork.
• Spay/neuter pets and consider adopting before shopping at a pet store.
• Donate to support rehabilitation of an abused animal.
• Pick up litter, especially harmful in and near waterways.
• Be a conscious consumer and don’t let factory farm prices influence decisions.
• Tell companies what is acceptable or not via purchases, emails and phone calls.
• Lobby politicians to support worthy animal causes. 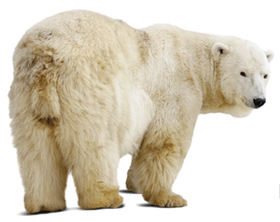 There are few places on Earth that humans haven’t impacted fragile ecosystems. Loss of habitat and lack of food sources are critical issues. Bats are a bellwether for the impact on wildlife from human-induced diseases. The Wildlife Conservation Society studies the loons in New York’s Adirondack Mountains to monitor their exposure to disease and pollution.

The mission of the National Wildlife Federation (NWF) is to use conservation and education to protect present and future wildlife. Of the 410-plus species of mammals in the United States, 80 are on the endangered species list, reminiscent of the bison that used to number in the millions, but now mostly exist in small bands on private and public lands.

NWF aims to build on the bison restoration efforts achieved to date (now numbering tens of thousands) by reintroducing them onto more public lands, reservations and protected habitats, and likewise build up populations of other wild threatened and endangered animals. Its programs feature green corridors to give native species a home and migrating species a rest stop.

“The important message is not how many species have gone off the list, but how many didn’t go extinct,” says David Mizejewski, a celebrity naturalist for NWF. “It’s important to understand species require different ecosystems. When we quit draining swamps and rerouting rivers and leave them alone in a proper habitat, alligators will come back. Eagles have fewer young, so it’s not easy for them to recover.”

The success in restoring populations of the bald eagle, our national symbol, during the second half of the last century was significant. Measures that included banning the poisonous DDT pesticide that contaminated their food and affected reproduction, improving native habitats and prohibiting hunting of the bird allowed its removal from the endangered list in 2007. They are still protected by the 1918 Migratory Bird Treaty Act.

The 1966 Animal Welfare Act improved the lives of many commercial animals, but more laws are needed.
See SustainableTable.org/274/animal-welfare.

Another raptor, the peregrine falcon, has adapted to urban living in order to survive. Nests adorn tops of buildings and pigeons are a plentiful food supply.

Bears, mountain lions and wolves have been dwindling, hunted as dangerous, a nuisance or for sport. 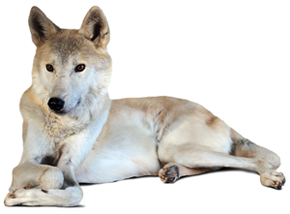 With fewer of these natural predators, whitetailed deer can overpopulate their habitat and starve. Deer and other displaced animals may migrate into suburban areas in search of food, prompting hurtful human reactions to reduce their numbers.

Among movements to protect smaller endangered and threatened animals, the American Tortoise Rescue lobbies for legislation to ban the importation of non-native species (Tortoise.com). “Turtles and bullfrogs are imported as pets or as food, and many end up in streams or lakes, where they kill native species,” says co-founder Susan M. Tellem, in Malibu, California. “They can carry salmonella, parasites and tuberculosis,” she explains. Unfortunately, a California law passed to limit importation was revoked within weeks due to claims of cultural bias by politicians lobbying for Asian food markets that sell live turtles and bullfrogs.

As the only Association of Zoos and Aquariums-certified wolf facility in the world, The Endangered Wolf Center, in Eureka, Missouri, has been breeding and reintroducing wolves into the wild for 40 years (EndangeredWolfCenter.org). Founded by zoologist and television host Marlin Perkins and his wife, Carol, they helped increase both the Mexican gray wolf population from nine to 235 in managed care, plus at least 75 in the wild, and the red wolf population from 14 to 160 in managed care, with more than 100 in the wild. Every pack of Mexican gray wolves roaming the Southwest and 70 percent of North Carolina red wolves can be traced back to the center.

“Wildlife conservation is a complex issue. We need to work together.”
~ David Mizejewski

Wildlife protection laws vary by state. Key conservation successes typically begin with local and regional initiatives promoted by farsighted individuals that care enough to get the ball rolling and back it up with supportive legislation.

Christian Samper, Ph.D., CEO of the Wildlife Conservation Society, observes, “Zoos and aquariums help the public better understand the natural systems that make all life possible. The hope is that what people understand, they will appreciate and what they appreciate, they will work to protect.”

One person’s care can make a difference. For an animal, it can mean life itself.
Sandra Murphy is a freelance writer in St. Louis, MO. Connect at StLouisFreelanceWriter@mindspring.com.

• San Francisco’s SPCA is one of many organizations that offer free or low-cost spay/neuter for specific breeds most frequently seen in shelters, like pit bulls, and special programs offer free surgeries. Find locations at Tinyurl.com/SpayNeuterServices.

• One female dog can produce litters of up to 10 pups twice a year; cats can have three litters a year of up to five kittens each.

• An estimated 2.7 million healthy shelter pets remain unadopted each year, yet only about 30 percent of pets in homes come from shelters or rescues, according to The Humane Society of the United States.

• Factory farms account for 99 percent of farm animals, yet less than 1 percent of donated money directly assists them, reports Animal Charity Evaluators, in San Diego. The highly rated Mercy for Animals, dedicated to prevention of cruelty to farmed animals, reports, “Despite the fact that these are the most abused animals in the United States, they actually have the fewest number of advocates.”

• Sandra, a 29-year-old Sumatran orangutan at the Buenos Aires Zoo, was recognized as a “non-human person” unlawfully deprived of her freedom by Argentine courts. “This opens the way not only for other great apes, but also for other sentient beings that are unfairly and arbitrarily deprived of their liberty,” says Paul Buompadre, an attorney with the Association of Officials and Lawyers for Animal Rights. “The question is not ‘Can they reason?’ or ‘Can they talk?’ but ‘Can they suffer?’” says Barry MacKay, director of the Animal Alliance of Canada. “That to me is the ultimate question.” 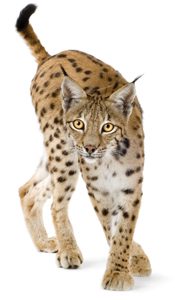 Animal Charity Evaluators rates charities on their effectiveness. For more details on some of the top-rated groups, visit these websites.