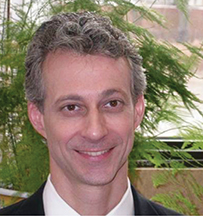 Mercury toxicity is a hot topic and often an even tougher thing to explain. There are believers on one side of the equation that have seen firsthand what mercury toxicity can look like, and then there are those that disbelieve, citing that they have seen countless people with “a mouth full of metal” live their lives healthfully and into old age. Perhaps, as we are finding with so many diseases, there is a genetic factor?

Appears so. Scientists have identified several genes that cause increased susceptibility to mercury. One of them is called CPOX4. In the initial Children’s Amalgam Trial, researchers broke the study population into two groups— those that had composite fillings and those that had mercury fillings—and set about to see the impact the mercury had on the children’s health. The study was inconclusive. A study done in 2012 looked at a subset of 330 children from the original Children’s Amalgam Trial, conducted in Portugal, and found that about 28 percent of them had the susceptible variant of the CPOX4 gene.

Rather than simply averaging the results of the amalgam group and the composite group, the researchers looked at the correlations between urinary mercury levels and neurological test results. Among boys (but not girls) that had the CPOX4 gene variant, the researchers found several significant neurobehavioral deficits associated with increased mercury exposure.

Three other studies also re-examined the data from the Portugal study. One study found evidence that amalgam fillings are a “significant chronic contributor to Hg [mercury]body-burden.” A second study found that children with the CPOX4 gene variant also had biomarkers of mercury-related kidney damage. Still a third found neurobehavioral deficits in children that had two other gene variants that made them more susceptible to mercury. These studies form no concrete conclusion, but illustrate more must be learned about the effect of mercury on the bodies of children and adults as well as genetic predisposition for ill-health effects of mercury.