I’m a volunteer trail supervisor for the New York–New Jersey Trail Conference. Now in its 99th year, the Trail 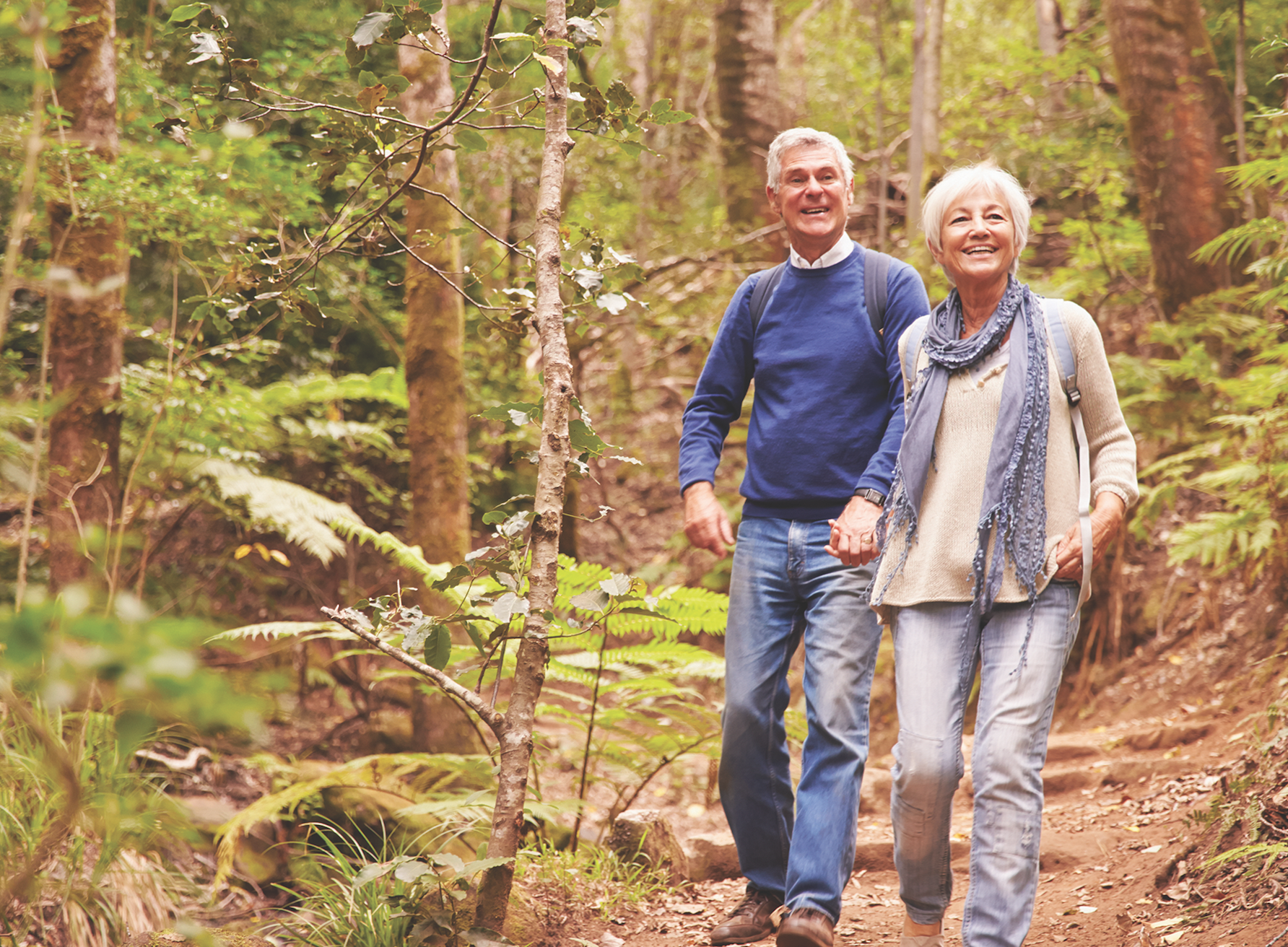 Conference has more than 2,000 volunteers and maintains over 2,150 miles of public trails in the New York–New Jersey metropolitan area. When I became a supervisor two years ago, one of the first things I noticed was that I was among the youngest people in our regional meetings. I was 61 at the time.

Another thing I noticed was how quickly I made new friends there. I began hiking with other people more frequently. These new friends and I shared many qualities: a love of nature and the outdoors; the need to give back; and the endurance to go out on a trail maintenance hike carrying, in addition to the usual knapsack and water, tools like saws, pruners, clippers, crowbars and hammers.

As the volunteer engagement manager for the Trail Conference, Kendra Baumer attends multiple meetings per month with numerous trail supervisors, and she can attest to the unique energy of this community.

“I’ve been at several volunteer meetings where I’ve heard it said, ‘Hiking and working on trails must be the elixir of life—just look around the room!’” she told me.

Kendra also reminded me about Robert Ward, who received the Trail Conference’s dedicated service award last spring, at the age of 91. Robert served the Trail Conference since 1950 in a variety of roles, including trail supervisor and Queens Trails Council chair. He retired in November, after 69 years of service.

Some Members of the Over-80 Club

My first call after deciding to write this article was to Roland Breault, a volunteer from my territory. Roland is 87 and attributes his health and happiness to his time spent hiking and in nature.

“I started hiking in my early 60s, when I retired,” he said. “I currently hike three days a week for about three hours a day and still do some unofficial trail maintenance. The trails and nature are my savior and spirituality. I feel the presence of God when I’m out in the mountains. I don’t take medication, and I know that all the oxygen and movement keeps me young and active. Plus I am sustained by the people I run into on the trails.”

Bob Ross joined the Trail Conference more than 50 years ago, when he stumbled across its office on Madison Avenue. Lots of hiking followed.

When his wife, Janet, developed an inoperable brain tumor, Bob became her sole caregiver—a commitment he kept for the next 34 years. He offers three bits of advice for anyone in the trenches like he was: Take care of yourself first, get a dog to break the tension, and maintain a trail. His choice was the Orange Trail, part of the High Mountain system in Franklin Lakes, New Jersey, which was only 2 miles from his home. This way he could get back if Janet needed him.

After Janet died, Bob discovered the joys of fundraising at the Trail Conference and elsewhere, and he expanded his trail maintenance to include the Franklin Lakes Nature Preserve. At 83, Bob reports that he feels fantastic—he walks 5 to 10 miles a day, now primarily on New York City streets. After 25 years of annual checkups, his doctor continues to give him a clean bill of health, with less than a 2% risk of death from heart disease over the next five years.

In concluding, I should add that after I put out the request for stories about hiking and longevity, I received replies from a number of people in their early to late 70s offering their stories. “I’m sorry,” I had to tell them, “but I can’t include you in this article. You’re simply too young.”

Roger Dubin is marketing director for Natural Awakenings. Contact him at [email protected] or on Instagram @MrNaturalNYC. To learn more about the New York–New Jersey Trail Conference, visit nynjtc.org.