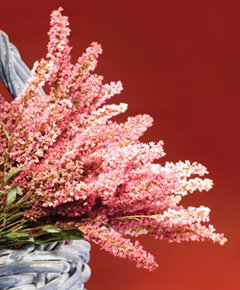 Chinese researchers recently discovered that two herbal extracts may treat atherosclerosis, the hardening of the arteries, as well as or more effectively than the pharmaceutical drug Lovastatin.

Sixty-four patients with atherosclerosis of the carotid artery were studied. For six months, half the patients received 20 milligrams of Lovastatin per day, while the other half took an herbal extract combination of Japanese knotweed and hawthorn.

After six months, tests showed artery plaque thickness and inflammation were significantly lessened among both groups. However, the herbal extract-treated group showed a greater reduction of high-sensitivity C-reactive protein (hs-CRP) levels, a marker of risk for cardiovascular disease.

Relatively high levels of hs-CRP in otherwise healthy individuals are predictive of heart health crises even when cholesterol levels are within an acceptable range. People with lower values have less of a risk.