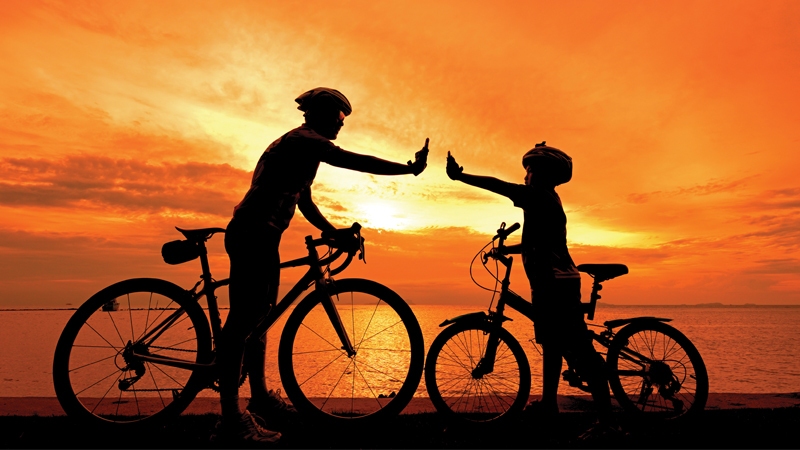 We Must Face Our Own Story First

Ihave worked in the corporate world, served as a missionary in the Middle East during 9/11 and the Iraq War, been

assaulted with a knife, launched a small business and a nonprofit and suffered deep loss at the early deaths of dear friends, but nothing has terrified or paralyzed me more than fathering my own son. It has demanded me to first face my own father-story with an intensity and intentionality I would rather flee than engage.

My parents more than adequately provided for my physical needs. I had friends, lived in the suburbs and even had a horse. From the outside looking in, I had nothing to complain about. Any time the haunting ache of father-hunger emerged from my soul, I quickly squelched it, telling myself to simply move on. It is the story of most men in my generation.

I continued to live as if all was well until I married and had a son of my own. I was now a father, and the weight of this title sent my soul into a tailspin. What is father? Who am I as father? What does it mean to father? And finally, with the force of a left upper jab to the jaw: How was I fathered? I realized that to father him, I, myself, still needed to be fathered.

In my conversations with men about their father-stories, the most frequent sentence I hear is, “My dad did okay. He did the best he could.” But no child wants an “okay” dad. Every child longs for a dad to know, see, pursue, hope, envision, create and bless. Franciscan friar and author Richard Rohr states, “If we do not transform our pain, we will transmit it in some form.” Untransformed pain from our father, whether from his absence, vacancy or violence, will inevitably be transmitted to our children.

I can only take my son as far as I myself have gone. Our sons were born into an already existing story—our story—and for them to know who they are, we need to know who we are, in all of our glory and pain. From this place of freedom, we can usher our sons into a manhood we can come to know together.