Osteoporosis is typically considered an old lady disease. It is believed to affect seniors, placing them at 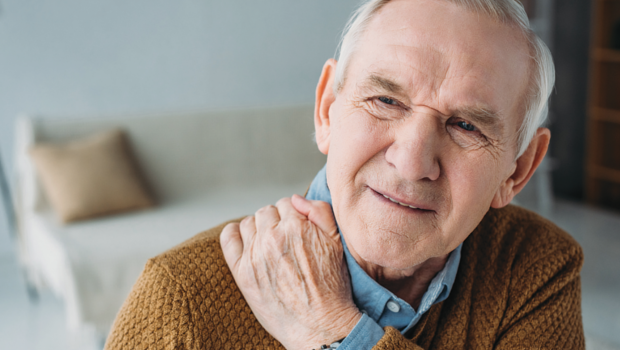 much greater risk of fractures. But there’s another condition called osteopenia, which can happen at any age. Traditionally considered a woman’s disease, men can get it, too.

A new study has revealed that more middle-aged men than women may have osteopenia, a condition when your bones are weaker than normal but not so far gone that they break easily, which can lead to osteoporosis. Osteopenia usually occurs after age 50. New research finds that osteopenia, which experts consider “pre-osteoporosis,” is more prevalent in men than previously believed. Medical experts say men may shy away from seeking medical treatment because they feel unmasculine. As a result, many men, unaware that the disease can affect both sexes, may fail to recognize symptoms. Likewise, doctors and families often don’t suspect osteopenia or osteoporosis. Osteoporosis is sometimes called the “silent disease” because it has no symptoms. It often manifests itself in fractures of the hip, wrist, spine and other bones. Women are four times more likely to get it, but about 5 million men in this country have osteoporosis, according to the National Osteoporosis Foundation (NOF). Osteoporosis is responsible for more than two million broken bones every year in the U.S. at a cost of $52 billion, says Elizabeth Thompson, chief executive officer of NOF.

Risk factors that can affect our bones include low calcium intake, cigarette smoke, excessive alcohol intake, lack of weight-bearing exercise, poor nutrition, and a lack of sunlight exposure. Men need to be aware that they’re at risk. Men have a hormonal drop-off in testosterone, similar to women’s reduction of estrogen after menopause. Some medications can also affect bone health. Gender doesn’t matter when it comes to things like chronic steroid use or other medications that impair bone health. Check with your doctor to see if the medication you are on can affect your bones.

Lack of awareness is a major contributor to bone health deteriorating. Most people are under the impression that osteoporosis and osteopenia can only occur in women, and that’s not true. If you suspect you might be at risk, ask your doctor for a bone density test. Early diagnosis of osteopenia can definitely help because it is reversible. Improving your nutrition, increasing your vitamin D3 level and doing skeletal strength training can improve your bones.