In Part 1, I discussed the typical bloodwork that most general practitioners and internists test. Now I will review

much of the more expanded bloodwork that virtually every blood lab performs and that all of your doctors learned in school but for some reason do not test in most cases. After helping people for more than a decade, it is apparent that over 80 percent of all laboratory work patients bring from other doctors is grossly lacking and incomplete.

Thyroid tests are likely the most commonly under-tested set of evaluations. While many that know they have a thyroid problem believe they have been tested appropriately, it is generally not so. The most common thyroid problem sounds exotic, Hashimoto’s thyroiditis. This is by far what most people with a thyroid issue have. The hallmark of Hashimoto’s is that it is an autoimmune disease, which means the immune system is attacking thyroid-related compounds. Fundamentally, it is not a problem arising from a malfunction of the thyroid itself or its many feedback systems. There are two blood tests required for accurate diagnosis: thyroperoxidase antibodies and thyroglobulin antibodies. A person with Hashimoto’s may have one or both of these antibodies. These antibodies are important not only to diagnose Hashimoto’s but also to know how to treat it. Those with lower antibody levels tend to have reasonable response to medical intervention, such as Synthroid or its generic, levothyroxine. Those with very high antibody levels seem to have very poor response to prescription despite their TSH (thyroid-stimulating hormone) levels appearing normal. In fact, many have a worsening of symptoms and even the disease process by adding synthetic thyroid hormones in to a highly inflamed system.

Those with varied symptoms, such as joint pains, stiffness, fatigue, brain fog and digestive discomfort, should have some very important testing. ANA, or anti-nuclear antibodies, is a general test for most autoimmune conditions. If it is positive, the lab will automatically perform a series of advanced tests to determine more information. Other inflammatory tests include: ESR, CRP, hsCRP, homocysteine, C3a, C4a, and anti-cardiolipin antibodies. Some measure general inflammation levels, while others are more specific to the heart or specific autoimmune processes, and should be potentially checked depending on the complete symptomology of the patient.

Many patients actually have chronic viruses or other pathogens affecting them long term. For whatever reason, in the U.S. talking about parasites is taboo, but the rest of the world checks for and treats these issues more regularly. A few seemingly benign viruses actually can come back later in life with some serious effects. Many have heard of “mono,” or mononucleosis, a disease generally first experienced as a teenager. Just like chicken pox, also called herpes zoster, mono is a herpes-type virus called the Epstein-Barr virus (EBV). And just like with chicken pox, it can come back later in life and be quite persistent, lasting months to even years. Chronic Epstein-Barr infections are implicated in autoimmune diseases like Hashimoto’s and Lupus and even in lymphoma. Often these viral infections come with friends, such as HHV6, CMV and parvovirus, which all act like Epstein-Barr and can reactivate later in life. When testing for these viruses, using EBV as an example, one must test multiple antibodies and see how high the levels are. Many doctors ignore this, only paying attention to the acute type test for the initial infection of mono.

Vitamin levels are quite important as well. There are so many tests available, from the various B-type vitamins to vitamins C, D, E and others. Vitamin D is likely the most interesting, as there are advanced tests showing the difference between vitamin D3 and D2 levels. The body only utilizes D3, so if you are on the prescription 50,000 IU of D2, it is important to know that it is being converted to D3. Many minerals and heavy metals can be analyzed as well, depending on the situation.

Hormone testing is one of the most important and interesting of all the testing areas. Our hormones do not just include estrogen, testosterone and thyroid hormones. Knowing our cortisol levels, for example, might give us an idea of why we are gaining weight, having high sugar levels, healing slowly, and even not sleeping through the night. When it comes to females, there are actually three major estrogens and they all have different importance and tendencies to cause different issues when out of balance. Being that testosterone turns into estrogen in both men and women, both types of tests are required to have a better understanding of what the body is doing. Even testosterone has a few forms, including DHT (dihydrotestosterone), which is many times more powerful than the standard testosterone and has a tendency to cause hair loss on the head but hair growth on the body and face—important to understand in both men and women, especially those with polycystic ovary syndrome. 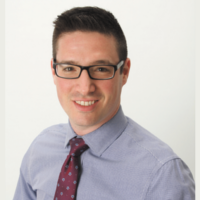 Many of the tests discussed are just a few of what I consider standard testing, while a few we only use in special occasions. We don’t do these tests necessarily repeatedly on a patient every few months or even years, but don’t you want to know where your base levels are?