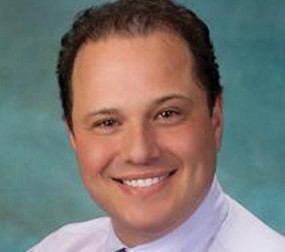 Today we live in a toxic environment. Many health-oriented people are rightfully concerned how the synthetic dental materials are affecting their health. Most people are aware about the toxic effects of mercury, but what most are not aware of is that the white fillings used to replace mercury fillings can be a source of toxins as well.

Hormone levels. Some experts believe that BPA could theoretically act like a hormone in the body, disrupting normal hormone levels and development in fetuses, babies and children. Animal studies have had mixed results.

Brain and behavior problems. After a review of the evidence, the National Toxicology Program at the Federal Drug Administration (FDA) expressed concern about BPA’s possible effects on the brain and behavior of infants and young children.

Cancer. Some animal studies have shown a possible link between BPA exposure and a later increased risk of cancer.

Other conditions. Some experts have looked into a con- nection between BPA exposure and many conditions—obesity, diabetes, ADHD and others. The evidence isn’t strong enough to show a link.

Increased risk to children. Some studies suggest that possible effects from BPA could be most pronounced in infants and young children. Their bodies are still developing, and they are less efficient at eliminating substances from their systems.

What is worrisome is that studies have found detectable levels of BPA in the saliva of some patients after they received sealants or fillings. However, experts are divided as to whether this low exposure constitutes a health risk. The dental community denies that BPA in some composite resin fillings and sealants is a health problem: “We’re a small part of what is perhaps a much larger problem,” Darryl Smith,

of the Canadian Dental Association, told the Globe. “The amount of bisphenol-A is extremely low in dental materials and in some [it]is nonexistent.”

Shockingly, a study published in the Journal of the American Dental Association in 2006 found some dental products leach BPA and could result in low-dose exposures within the range in which health effects have been seen in rodents. While human studies of BPA are lacking, the FDA has officially cleared bisphenol-A as a public health concern. Many people remain skeptical. After all, the FDA is know to make major blunders, remember Vioxx?

Fortunately, BPA-free filling materials do exist. At Long Island Center for Healthier Dentistry, Dr. Alex Shvartsman is not taking any chances. He carefully examines all the components of the tooth-colored composite resin to make sure that the tooth-colored restorations he uses to restore do not contain any BPA.