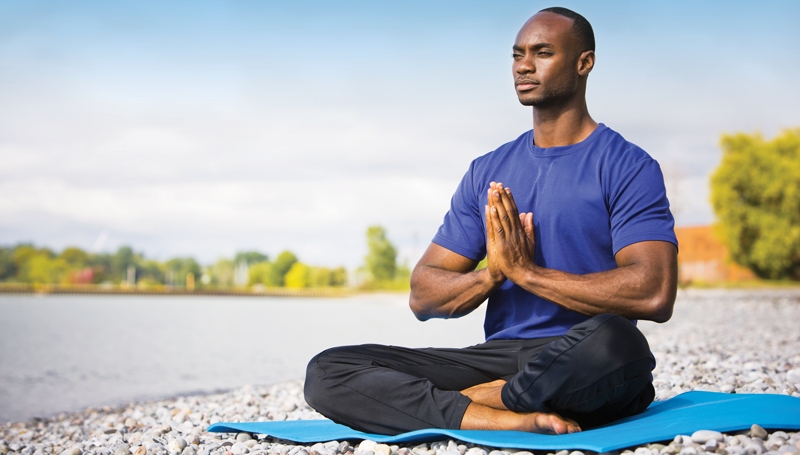 Chronic pain affects 100 million Americans, with annual treatment costs reaching $635 billion, according to the Institute of Medicine. Worse, opiate-derived pain medications, conventional medicine’s go-to treatment for chronic pain, are addictive and deadly. The Annals of Internal Medicine reports that an estimated 2 million Americans suffered from opioid use disorder involving prescription drugs as of 2016 while 12 million admitted to misusing them. Legal and illegal opioids killed 64,070 Americans in 2016, 21 percent more than the previous year, according to the U.S. Centers for Disease Control and Prevention.

Some opioid addiction stems from use of illegal recreational drugs like heroin and cocaine, but the National Institute of Drug Abuse testified to the U.S. Senate that as of 2014 more than four times as many Americans were addicted to prescription opioids (2.1 million) than heroin (467,000).

Natural approaches, less harmful in relieving pain and thereby preventing drug addictions, are addressing and ameliorating long-term back or neck, nerve and even cancer pain, and saving lives.

The first step in preventing dependency is to avoid opioids completely, says Fadel Zeidan, Ph.D., assistant professor of neurobiology and anatomy at the Wake Forest School of Medicine, in Winston-Salem, North Carolina: “Opioids don’t work for chronic pain. They may be effective for acute pain, such as right after an injury or surgery, but they are ineffective and addictive in the long run.” Here are several better ways to feel better.

“Mindfulness meditation is about discipline and regulating one’s attention. It appears to shut down the thalamus, the brain’s gatekeeper, and the brain’s ability to register pain,” explains Zeidan.

To enroll in a new study on mindfulness meditation and chronic back pain, email ZeidanLab@WakeHealth.edu.
For information on ongoing studies, visit ZeidanLab.com.

Yoga: Strongly positive effects have been reported in several studies, including one on 150 veterans with chronic low back pain from the Veterans Administration San Diego Healthcare System. It showed that 12 weeks of yoga classes reduced pain and opioid use, and improved functionality of participants; many of them had suffered back pain for more than 15 years.

Acupuncture: The ancient Chinese modality that’s been used to treat all types of pain for millennia has become such a mainstream treatment that the U.S. Food and Drug Administration recommends that healthcare providers learn more about it to help patients avoid prescription opioids.

“All pain starts with imbalance,” says Terri Evans, a doctor of Oriental medicine in Naples, Florida. “Acupuncture is about creating balance in the body and in releasing the fascia, where pain patterns get locked.”

Marijuana: All forms of marijuana, or cannabis, are illegal on the federal level, but medical marijuana is now legal in 29 states and the District of Columbia. In a study from San Francisco General Hospital published in the journal Neurology, researchers found that smoking the first cannabis cigarette reduced pain by 72 percent in a group of patients with painful neuropathy. The body’s endocannabinoid system, found in the brain, organs, connective tissues and immune cells, is one of its natural pain-coping mechanisms, and is most affected by cannabis.

Mitch Earleywine, Ph.D., associate professor of clinical psychology at the State University of New York at Albany, author of Understanding Marijuana: A New Look at the Scientific Evidence and a member of the advisory board of the National Organization for the Reform of Marijuana Laws, is an advocate of medical marijuana. While regarding it as helpful for chronic pain with little risk of addiction, he concludes it’s “great for a small handful of conditions, but it’s not the cure-all that some are suggesting.”

CBD oil: Dr. Hyla Cass, of Marina del Rey, California, an integrative physician expert in psychiatry and addiction recovery, and author of The Addicted Brain and How to Break Free, is more comfortable with CBD (cannabidiol) oil. It’s a hemp product legal in 45 states, provided it qualifies in non-addictive levels of THC, the component of cannabis that induces euphoria (see State-by-State Marijuana Policies).

Some CBD oils contain trace amounts of THC, not enough to induce a “high” or contribute to addiction, but there are also products that contain no THC at all. By definition, hemp’s THC content is less than 0.3 percent versus marijuana’s 5 to 35 percent.

“CBD oil won’t make you high,” says Cass. “In and of itself, CBD oil is very potent. You don’t need the THC for pain relief. There’s no need to go down the slippery slope of using an illegal substance.”

In addition to CBD oil’s pain-relieving effects on the endocannabinoid system, says Cass, it’s a powerful anti-inflammatory, which contributes to its effectiveness in addressing the underlying causes of chronic pain, confirmed by University of South Carolina research.

Kathleen Barnes is the author of numerous books on natural health, including Food is Medicine. Connect at KathleenBarnes.com.

Music, specifically drumming, stimulates the release of endorphins, the body’s own morphine-like painkillers. Group drumming can help people withdrawing from addictive drugs, especially those having particular difficulty in conventional addiction programs, reports a University of Arizona at Tempe study published in the American Journal of Public Health.

Other supportive studies are listed at ShamanicDrumming.com/drumtherapy.html.

Let the Sunshine In

Just getting a little natural sunlight can have a strong effect on chronic pain, according to a study published in the journal Psychosomatic Medicine. Hospital patients fortunate enough to have beds on the sunny side of the building cut their need for opioid-based pain meds by 22 percent just one hour after spine surgery.