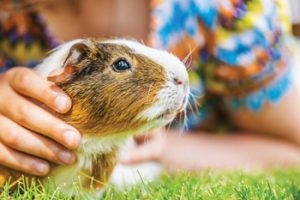 According to the Centers for Disease Control, autism spectrum disorder (ASD) now affects about 1 in every 68 children in the U.S., up from 1 in 150 in 2000. This includes 1 in 42 boys and 1 in 189 girls. Contact with animals may help ameliorate this troubling trend. A recent study of 114 children between 5 and 12 years old has found that autistic children having greater contact with animals have less anxiety related to social situations.

The research was led by Marguerite O’Haire, Ph.D., from the Center for the Human-Animal Bond at the College of Veterinary Medicine of Purdue University, in West Lafayette, Indiana. Colleagues from the School of Psychology at the University of Queensland, in Brisbane, Australia, also participated in the study.

“Previous studies suggest that in the presence of companion animals, children with autism spectrum disorders function better socially,” says James Griffin, Ph.D., of the Child Development and Behavior Branch of the U.S. National Institutes of Health. “This study provides physiological evidence that the proximity of animals eases the stress that children with autism may experience in social situations.”